Sam, an Autistic Teen from Toronto thought his movement disorder would prevent him from ever being a barista. After landing a job at Starbucks, Sam’s manager Chris Ali realized his movements could be channeled into playful dancing. This led to a viral video of Sam being taken, an appearance on the Ellen show, and a big self-esteem boost for a wonderful young man.

“Sam has a such a big heart and he’s made me a better person” -Chris Ali, Sam’s manager 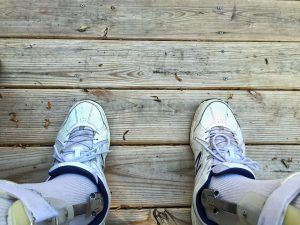 The Americans with Disabilities Act

The Americans with Disabilities Act (also known as ADA, or the Rehabilitation Act) prohibits employers from treating people with disabilities differently, or less favorably, from other staff members. It also requires employers to provide adequate accommodation to any employees who have disabilities. These accommodations can include anything from work environments to equipment, but can also encompass removing policies that create barriers for these individuals.

The ADA does exclude certain businesses from its legislation, but only if they meet certain criteria, like if accommodating a person with a disability would place an excessive difficulty or expense on the employer.

Additionally, the ADA prohibits discrimination when it comes to hiring decisions. Potential candidates who have disabilities must be given equal opportunity to able-bodied candidates.

What Disabilities in the Workplace Actually Means

It’s likely that because of the ADA, business owners worry about hiring employees with disabilities because of potential costs. And just because a law is in place to prevent discrimination doesn’t mean that employers aren’t still hesitant about people with disabilities in the workplace. However, according to a U.S. Chamber of Commerce report, hiring those with disabilities is actually good for a business’ bottom line. In fact, employers who hired and met the needs of employees who had disabilities reported benefits such as retaining valuable employees, improving the company’s productivity and overall morale, and even reducing both workers’ compensation and training costs. As Judy Owen, co-founder and COO of Opportunity Works, Inc., explains: “The report also found that other accommodations had an average cost of $500. How much is that cost compared to the cost of employee turnover? It is clearly much less expensive to provide the accommodation than to have an employee leave.”

What Business Owners Can Do

As a manager, business owner, or member of an organization’s executive team, it’s your job to ensure that the workplace you lead is an environment in which ALL of your employees can work together- with ALL of their differences. Making accommodations for employees with disabilities not only sets a high standard for your organization, but it also has the potential to bring about rewarding and positive change in the workplace.

If you’re considering other ways to further incorporate dignity and respect in your work environments, be sure to contact our Campaign Manager for more information. We can provide various solutions- between training kits, workshops, and speaking engagements- to help bring together the individuals who make up your workplace, and build both trust and community.

No matter who is part of your team, differences are only barriers if we allow them to be. Learn more today! 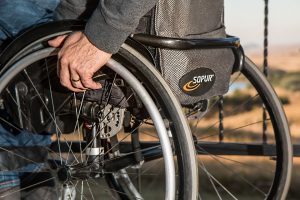 You’re probably used to seeing handicapped parking spaces in front of stores and restaurants, or perhaps even familiar with the growing number of automatic doors into public buildings that are handicapped-accessible. And to someone who’s never had the experience of being disabled, these small conveniences might seem almost like a luxury. Did you know, however, that nearly one in five Americans has a disability – and that more than half of them identify it as severe?

For people who live with a disability, simple things like parking spaces and door buttons are not a convenience, but a necessity. Many disabled people struggle to do things like housework or even fixing meals. They often have difficulty lifting items like grocery bags or grasping a glass of water. But aside from overcoming physical challenges of daily life, many people with disabilities also suffer from discrimination.

The term ableism refers to the “practices and dominant attitudes in society that devalue and limit the potential of persons with disabilities.” When we talk about ableism, we’re talking about not treating those with disabilities as whole people. Ableism assumes that able-bodied people are superior to anyone living with a disability.

If you’ve never heard this word before, you’re not alone. Unlike racism or sexism, which are two types of prejudices that are widely referenced and discussed, ableism is not as mainstream. Does this mean that ableist beliefs are not as harmful or negative? Absolutely not. Discrimination towards people with disabilities is just as damaging. And because ableism is not talked about as commonly as other inequalities, it may actually be harder to know when you are contributing towards ableist tendencies.

What Can You Do to Stop Ableism?

The world might be predominantly built for able-bodied individuals, but that doesn’t mean there aren’t simple ways to make a difference. Read on for a few easy ways to help do your part to stop ableism:

Watch what you say. It’s easy to brush off using certain words as “no big deal,” but to people living with a disability, these terms can be both disrespectful and hurtful. And maybe it’s a no-brainer that a word like retarded is not okay to use, but things like crazy or spaz or psycho also have harmful effects. Be sure to refrain from using any sort of language that targets someone with a disability (and for a helpful, more detailed guide – click here).

Be considerate. As an able-bodied person, you might forget that you have access to just about everywhere – and that someone with a disability might not. Places like handicapped bathroom stalls and the front seats of public transportation were put there for a reason. Though you might not be intentionally discriminating against people with disabilities, you are inadvertently doing just that by utilizing the resources there for them. So instead of taking the elevator and crowding it for someone who needs it, take the stairs or the escalator.

Always ask before assisting. One of the worst assumptions that an able-bodied person can make is that everyone with a disability is incapable of helping themselves. People living with disabilities know how to ask for help, and will when they need it. However, if you see someone who seems to be struggling, be sure to ask permission beforehand. Even if they decline, they will likely appreciate the gesture.

In addition to these simple ways to do your part to fight ableism, take the time to learn more about people who live with disabilities. Participate in the Dignity & Respect Campaign’s Building Cultural Awareness Initiative and download our discussion guide and reading list for this month. Ask yourself questions about living with a disability, such as how you talk about disabilities or who should be responsible for supporting disabled persons.

Remember: differences are only barriers if we allow them to be. Do your part and learn how you can help to make this world a better place – for ALL to live.