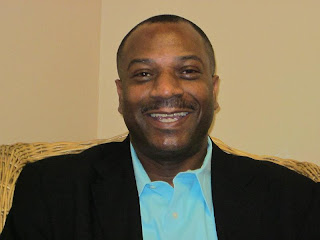 Jesse McLean isn’t exactly a globetrotter. He has spent the bulk of his life in Philadelphia, where he grew up, and Pittsburgh, where he now lives. But as the executive director of Every Child, Inc., Jesse understands how to navigate different cultures.

“Every time we go into a family’s home, we go into another culture,” said Jesse, whose organization works to develop and strengthen family relationships. “That’s why our job is so difficult and so amazing, because we’re going into homes where the culture isn’t predictable.”
Jesse McLean was nominated to be a Dignity & Respect Champion by Jada Shirriel, Every Child’s director of marketing and development. With Every Child, Jesse offers a variety of services for birth, foster and adoptive families, as well as children with special needs. One such program arranges supervised visits between birth parents and children placed in foster homes.
“Imagine the shame, fear, guilt, and regret that a parent may feel when he or she loses custody of a child,” Jada said. “Jesse ensures that birth parents utilizing Every Child’s family visit space are treated with the dignity and respect that they need to gain, restore, or model positive parenting interaction with their child.”
Jesse says understanding others’ differences is essential to his work. It’s important not to impose one’s values on others, he said, especially when doing so can be hurtful or disrespectful. In his work he tries to foster communication that leads to stronger relationships based on mutual appreciation.
“If everybody treats everyone with kindness and consideration, then no one would have to touch the stove to realize it’s hot,” Jesse said. “Everybody would think about things before they actually do them.”
While Jesse has been with Every Child since November 2009, that wasn’t the start of his work with youth. In 1999, he helped create the VULCAN summer program at California University of Pennsylvania, his alma mater. The program-whose acronym stands for vision, understanding, leadership, civility, academics, and nutrition-offers college preparation to sixth-graders.
Jesse said it’s best to work with kids when they’re young to build a solid future. The program has sent more than 125 students to CAL U and covered their tuition. The graduation rate-100 percent.
“You need time for these kids to engage with you,” he said. “Once middle-school kids engage with you, they’ll follow you to the end of earth.”
Growing up in Philadelphia, Jesse said, was what caused him to go into his line of work.
“I saw a lot of unfortunately negative things,” he said. “I always knew that whenever I got older I wanted to create life-impacting experiences for kids, because I knew that I wasn’t seeing that where I came from. I knew what was missing. So I said, ‘Wherever I go, wherever I wind up, whatever community I’m in, I’m going to make life-impacting experiences for kids.’ ”
A Penn Hills resident with a son who serves in the military, Jesse said dignity and respect guide his actions both at work and in everyday life. He credited his dedicated staff with helping to create an inclusive workplace.
“Sometimes the little things–just to say thank you, just to say ‘I appreciate what you’ve done’-are what creates a positive culture,” he said.

Do you know an individual who makes a positive impact and promotes an environment of inclusion? If so, nominate the person in your life you feel has made a difference for the Dignity & Respect Champion Award!  Follow the link to get started: http://www.surveymonkey.com/s/L2YHWGZ