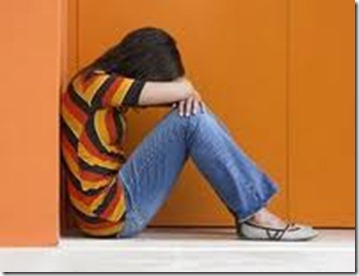 Is your teen suffering from low self-esteem? Feelings of inadequacy can drive young people into performing numerous self-destructive acts such as drug abuse, anorexia, and suicide. Know the warning signs! Learn more about this epidemic courtesy of DoSomething.org:

1. Low self-esteem is actually a thinking disorder in which an individual views himself as inadequate, unworthy, unlovable, and/or incompetent. Once formed, this negative view of self permeates every thought, producing faulty assumptions and ongoing self-defeating behavior.

2. Seven in ten girls believe they are not good enough or do not measure up in some way, including their looks, performance in school and relationships with friends and family members.

3. A girl’s self-esteem is more strongly related to how she views her own body shape and body weight, than how much she actually weighs.

5. 75% of girls with low self-esteem reported engaging in negative activities such as disordered eating, cutting, bullying, smoking, or drinking when feeling badly about themselves (compared to 25% of girls with high self-esteem).

6. 61% of teen girls with low self-esteem admit to talking badly about themselves (compared to 15% of girls with high self-esteem).

8. One of the main factors in teen promiscuity is self-esteem.  When a teen has little or no self-confidence, he or she will use sex as a means to build confidence.

9. Recent years have seen a significant increase in body dysmorphia in teen boys. Body Dysmorphic Disorder is a psychiatric disorder in which the affected person is excessively concerned about an imagined or minor defect in their physical feature.