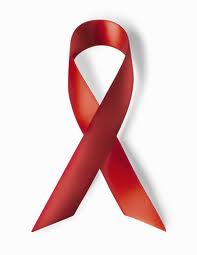 Did you know that July is National HIV Awareness Month?  HIV is not just a disease the affects a certain demographic or people just in the developing world.  It impacts all of us.  Let us spend this month assisting efforts for a cure while continuing to treat all people with Dignity & Respect.
July 2012 has been designated as National HIV Awareness Month. The goal of National HIV Awareness Month is to re-ignite our national discourse on the domestic HIV/AIDS epidemic in order to create broad-scale public awareness of HIV/AIDS, end HIV stigma and discrimination and engage new stakeholders in the fight against the disease, with the ultimate goal of ending the epidemic.
Since the explosion of the global pandemic, many Americans have come to view HIV/AIDS as a problem solely affecting the developing world. National HIV Awareness Month will serve as a platform to re-engage civil society, the private sector, federal agencies and community organizations, who together have the potential to reach the broad swath of Americans who remain untouched by current HIV education effort.
In July 2012 the International AIDS Conference will take place in the United States for the first time in more than 20 years. July 2012 also marks the second anniversary of the release of the United States’ first-ever National HIV/AIDS Strategy by President Obama.
National HIV Awareness Month is intended to issue a challenge to civil society and the private sector to create and invest in new and innovative awareness, testing, and public engagement initiatives that address the domestic HIV/AIDS crisis and foster a compassionate response over the course of July 2012.
What will you do this month to help support greater respect for patients?  Read more here:  http://www.nationalhivawarenessmonth.org/