Nearly one in five—about 56.7 million—people in the United States have a disability, according to the U.S. Census Bureau. More than half of them identify their disability as severe.

How does a disability affect a person’s life? What challenges and limitations are part of daily life? More than 15 million adults have difficulty doing housework, using the phone, or preparing meals. Almost 20 million people have difficulty lifting and grasping, which includes lifting a bag of groceries or grasping a glass or a pencil.

People with disabilities are employed at a significantly lower rate than those with no disability—41% compared to 79%, respectively—while the likelihood of persistent poverty is greater. More statistics are available here. Building understanding and communication is the first step in helping people with disabilities.

The strong commitment people have to their faith is demonstrated in many ways, including how and what food they consume.

Food abstinence and fasting are evident in many religions.  For centuries, Roman Catholics were restricted from eating meat on Fridays; now that restriction is limited to specific holy days.  Consider this chart of Food Practices and Restrictions of World Religions prepared by Ruth A. Waibel (download pdf).  Also, many foods are religious symbols.

November brings with it a kaleidoscope of fall foliage, cooler temperatures, and our national Thanksgiving holiday, which usually calls to mind the image of golden turkeys, simmering casseroles, and loved ones around a table. November is also recognized as Native American Heritage Month. Because one of the goals of the Dignity & Respect Campaign is to model our 7 Pillars of behaviors, we’d like to focus on one of these principles in conjunction with this holiday: building cultural awareness.

The history of this month of remembrance actually began way back in May of 1916, when the governor of New York approved an American Indian Day. In 1990, President George H.W. Bush took this a step further and declared November “National American Indian Heritage Month” which has been ongoing since 1994.

The purpose of this month-long dedication is to recognize the historical contributions that Native Americans have made to the growth of the United States, and also to raise awareness about the tribes that still exist today. According to the 2010 census, there are over 5.2 million citizens who identified as American Indian and/or Alaska Native. Even though this number might seem small (around 9.7% of total American residents), it’s actually very significant because these citizens represent a rich community of culture and history that is woven into the tapestry of the United States.

What can you do?Cultural awareness is founded in knowledge and education. In order to treat people the way they deserve to be treated, we need to educate ourselves about populations and cultures that are different from ours. So make this month all about learning! Read about the history of the Native Americans that inhabited our country long before it was ever the United States. Learn the differences between the various tribes and how many of them still honor the traditions of their ancestors.

The Library of Congress in Washington, D.C. – as well as the National Archives and the Smithsonian – is hosting a range of events throughout November. If you don’t live close to the D.C. area, you can read up on other ways to participate: trying new recipes, for instance, or watching an educational film. The Smithsonian Education group has also compiled a list of resources for teachers interested in educating their students on the history and heritage of Native Americans.

Dignity & RespectThe Dignity & Respect Campaign as a whole believes in working towards creating a better world for all of us to live in together. Regardless of whether or not you take an active stance in Native American Heritage Month, we hope that you will both appreciate and respect this special holiday. Your awareness will help to create a stronger and more compassionate America.

To echo the sentiments of the United States Department of the Interior: “Many voices– one journey– join us!” 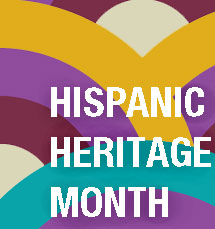 September 15th to October 15th is Hispanic Heritage Month.  Let us take time this month to celebrate America’s cultural diversity.
The Library of Congress, National Archives and Records Administration, National Endowment for the Humanities, National Gallery of Art, National Park Service, Smithsonian Institution and United States Holocaust Memorial Museum join in paying tribute to the generations of Hispanic Americans who have positively influenced and enriched our nation and society.Each year, Americans observe National Hispanic Heritage Month from September 15 to October 15, by celebrating the histories, cultures and contributions of American citizens whose ancestors came from Spain, Mexico, the Caribbean and Central and South America.
The observation started in 1968 as Hispanic Heritage Week under President Lyndon Johnson and was expanded by President Ronald Reagan in 1988 to cover a 30-day period starting on September 15 and ending on October 15. It was enacted into law on August 17, 1988, on the approval of Public Law 100-402.
The day of September 15 is significant because it is the anniversary of independence for Latin American countries Costa Rica, El Salvador, Guatemala, Honduras and Nicaragua. In addition, Mexico and Chile celebrate their independence days on September 16 and September18, respectively. Also, Columbus Day or Día de la Raza, which is October 12, falls within this 30 day period. 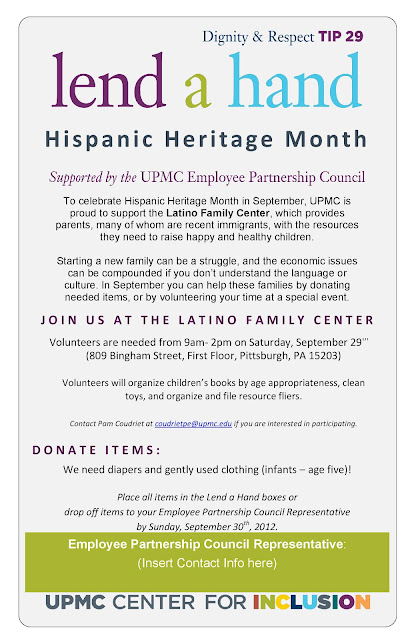 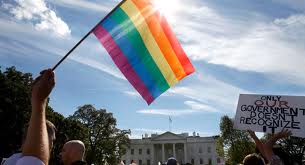 During a recent interview, President Barack Obama became the first U.S. president to openly endorse gay marriage. While the administration has shown support for equal rights among all citizens in the past, the president recently decided that denying marriage to all was to deny basic human rights.

“What I’ve come to realize is that for loving, same-sex couples, the denial of marriage equality means that, in their eyes and the eyes of their children, they are still considered less than full citizens,” said Obama in a recent blog post.

Some inroads for LGBT equal rights were made during the current administration. Prior to this announcement, the Department of Health and Human Services were directed to require federally funded hospitals to allow visitation rights for LGBT patients. Additionally, the White House hosted its first conference on bullying prevention, including bullying based on sexual orientation.

The White House’s stance on LGBT equality comes as a welcome harbinger for the National LGBT Recognition Month, or Pride Month, this June, and concurrently a step closer toward dignity and respect for all of us. 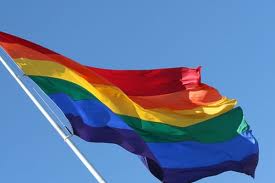 June is National LGBT Pride Month!  Are you hosting a Pride Day this month in your area?  Pride Days for lesbian, gay, bisexual, or transgender (LGBT) people used to be celebrated at various times throughout the year but presidential declarations for a National Pride Month have now consolidated many of these celebrations in June:
The most significant date in LGBT history occurring in June was the 3-day protest in 1969 at the Stonewall Inn in New York City, an event that marked the first time that the gay community joined together to fight for its rights, thereby gaining national attention. The anniversary of this event was one of the reasons June was chosen as the nationally proclaimed month to celebrate LGBT Pride.
Learn more about the holiday and what you can do to celebrate this month here:  http://ncfy.acf.hhs.gov/the-beat/2011/06/lgbt-pride-month Did you know May is Asian-Pacific American Heritage Month? Take this time to expand your horizons
and learn about the varied cultures that make up our American tapestry. Tip #12: Be Culturally
Competent!

Like most commemorative months, Asian-Pacific Heritage Month originated in a congressional bill. In June 1977, Reps. Frank Horton of New York and Norman Y. Mineta of California introduced a House resolution that called upon the president to proclaim the first ten days of May as Asian-Pacific Heritage Week. The following month, senators Daniel Inouye and Spark Matsunaga introduced a similar bill in the Senate. Both were passed. On October 5, 1978, President Jimmy Carter signed a Joint Resolution designating the annual celebration. Twelve years later, President George H.W. Bush signed an extension making the week-long celebration into a month-long celebration. In 1992, the official designation of May as Asian- Pacific American Heritage Month was signed into law.

The month of May was chosen to commemorate the immigration of the first Japanese to the United States on May 7, 1843, and to mark the anniversary of the completion of the transcontinental railroad on May 10, 1869. The majority of the workers who laid the tracks were Chinese immigrants.

Learn more about this holiday and what you can do to celebrate here: http://asianpacificheritage.gov/about.html 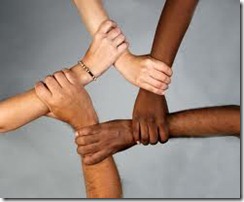 There are so many things for us to learn about one another, and it starts with our desire to understand. What better way to recognize other cultures and ethnicities then to simply ask questions? Here are some ways you can teach your family, friends, and yourself about cultures beyond of your own:

· Create a craft with children that represents a different culture and discuss it together.

· Read about religions around the world in a book such as“The Everything World’s Religions Book” by Kenneth Shouler.

· Ask friends who are of different ethnicities questions about their traditions.

· Try out some recipes from around the world with a multicultural cookbook like “The Multicultural Cookbook of Life-Cycle Celebrations.” 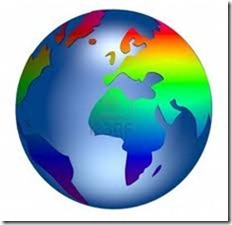 Did you know April is Diversity Month? Be creative and spread a message of inclusion to your workplace or school. Here are some ideas to get you started:

Our planet is filled with a rainbow of races and religions — all equal in every way. It doesn’t matter if you don’t understand them all or even know they exist, but it does matter that you accept them all and do not judge any of them as less than worthy. We are all in this together, and our ignorance of other’s beliefs is no excuse for intolerance in any form.

As we enter April, I’d like everyone to take some time to Celebrate Diversity Month. Take the time to INVOLVE yourself and others in learning about cultures and religions that are not part of your daily life. Involve your children, family, friends and neighbors; so that we may all gain a better understanding of our global family. Talk about, show examples of and become involved in celebrating diversity today and every day. There are endless possibilities of how you can do this, but here are a few examples if you need a bit of inspiration:

1. Invite friends and family over for a pot luck meal where participants bring in dishes that represent their ethnicity or their favorite ethnic foods.
2. Create a craft with your children that represents different cultures.
3. Plan an event that brings together different ethnic groups to celebrate.
4. Bring together different religious groups to learn about each other or pray for world peace together.
5. Explore different cultures through art forms, poetry, music, crafts, traditional costumes, language, etc. Have an art show featuring local, diverse artists, or a poetry reading, or a concert.
6. Rent movies that deal with diverse topics.
7. Have a display or flag ceremony of different nations’ flags.
8. Read about a religion you have heard of but don’t know much, if anything, about.