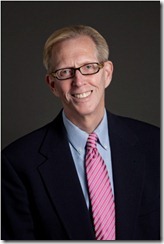 Growing up in a small town and working at the same place for thirty years might seem the height of convention. Rick Allison shatters that notion. Allison, who has worked at Community College of Allegheny County (CCAC) for thirty years, grew up in Derry, Pennsylvania, a Westmoreland County community of less than 3,000 residents. He now lives in Point Breeze and helps organize a monthly bingo night in Oakland that is anything but traditional.

“I’ve been very out and gay at the college for all my professional career,” Allison said. “I’m out in everything that I do. I think that you have to lead by example and give people an opportunity to know you and trust you and understand.”

Allison was recently named a Dignity & Respect Champion of Greater Pittsburgh in recognition of his support of the local lesbian and gay community. In addition to supporting gay-straight alliances at CAC’s Boyce Campus, where he serves as Dean of Academic Affairs and Coordinating Dean of Allied Health, Allison has volunteered for the Pittsburgh AIDS Task Force, the Shepherd Wellness Community, and the Gay and Lesbian Community Center (GLCC), where he formerly served as the board chair.

Regarding the bingo night – OUTrageous Bingo, which is held monthly at Rodef Shalom in Oakland – Allison said “it ain’t your grandmother’s bingo.” The event, which features drag queen performances and other twists, draws nearly 500 people each month and has helped to raise almost half a million dollars for GLCC and Shepherd Wellness Community over the past 15 years.

“The interesting thing about it is that over the years it’s become so mainstream that almost half of our audience is straight people,” Allison said. “It’s really kind of neat, because people are comfortable on both sides.”

For Allison, the values of dignity and respect are ingrained in his work. As an academic administrator with a background in health care, and as a member of the gay community, Allison is keenly aware of the need for openness and inclusion in social environments.

“I think that’s the most important part – whether it’s my students or it’s a kid at the community center or somebody who’s going through an acknowledgement of their sexual orientation – just to know that there are other people like them and people that are willing to listen.”

People active in the local lesbian and gay community, such as Alan Jones of the Pittsburgh AIDS Task Force, have praised Allison’s dedication. “He has done everything from cleaning and painting to fundraising for the [GLCC],” said Jones, who nominated Allison to be recognized as a Dignity & Respect Champion. “He has also personally donated money and needed items to the center … he is the greatest!”

Under Allison’s leadership, the GLCC was able to raise an additional $100,000 to move the center to the current location at 210 Grant Street providing more usable space, accessibility, better proximity to public transportation, and public visibility downtown Pittsburgh.

Allison, humbling himself, said he could think of plenty others more deserving of the award. He’s just happy to play a small part in a movement toward social acceptance for lesbian and gay people.

“It’s gotten better,” Allison said, “but we still have a long way to go. We still see bullying in the schools, but we also see adults who are bullying lesbian and gay kids. It’s just great to see that everybody seems to be pulling together to try to work against that now. I can’t help but be optimistic and think it’s going to get better.”

Do you know an individual who makes a positive impact and promotes an environment of inclusion? If so, nominate the person in your life you feel has made a difference for the Dignity & Respect Champion Award! This prestigious award recognizes people who are engaged in their communities, live by the principles of dignity and respect, and promote an environment of inclusion.